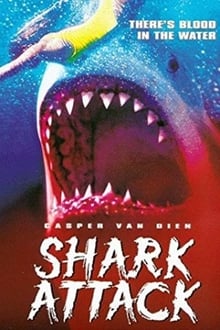 When an accidental death verdict is given on discovery of the remains of a top scientist, within the stomach of a hammerhead shark his closest friend Marine Biologist Steven McRay is not happy with the explanation and travels to investigate further, where he discovers that his friend's death was not an isolated incident, and that the local population have been terrorised by a rash of shark attacks.Developments in scientific technology had allowed experts to predict the pattern and ...